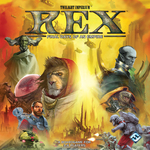 This is a board game of negotiation, betrayal, and warfare in which 3-6 players take control of great interstellar civilizations, competing for dominance of the galaxy's crumbling imperial city. Players are given exciting opportunities for diplomacy, deception, and tactical mastery.

It was a great time! Got introduced to two new people, who wasted no time in digging in to tonight's game, which was "Rex: Final Days of an Empire". And that's saying something, because Rex is a pretty heavy game; it's not for the squeamish. The time flew by, and I look forward to my next opportunity to talk and play some games with this group. 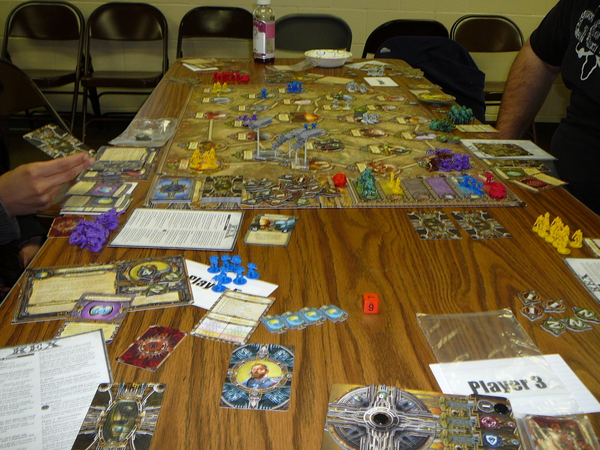 A shot of Rex: Final Days of an Empire in all its somewhat-blurry glory. We got to play with the full compliment of six players which, to say the least, really ramped up the strategy and deal-making in the game. Each move required sneaky calculation. 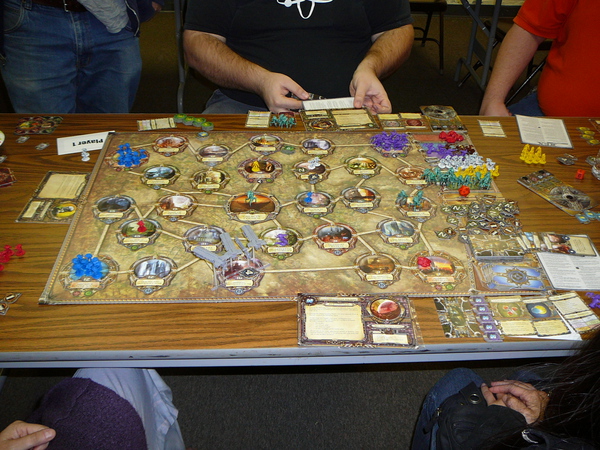 A shot of "Rex: Final Days of an Empire" after one particularly nasty round. The piles of units in the upper-right corner of the board are all the ones that were lost in battles this round. It was a no-holds-barred fight to take control of the city!
Share this article: